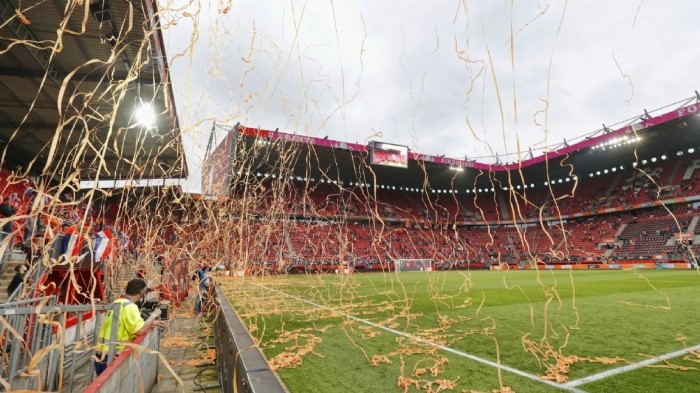 The Netherlands will be lucky enough to host the Nations League Final Four in 2023. There is a good chance that this small tournament will take place from June 14-18 next year, although these dates have yet to be approved by the UEFA Executive Committee. Again this year the four group winners of the Nations League A are participating, which also includes the Netherlands. The other participants are Croatia, Spain and Italy, who won groups A1, A2 and A3 respectively. Orange was the strongest in group A4. The Nations League finals consist of four matches: the two semi-finals, the match for the third place and the actual final.

Do you think the Netherlands will win? Also read this article to find out how big the chance is that the Orange will actually win the Nations League Final Four!

Four years ago, Croatia was suddenly in the final of the World Cup, which nobody really expected. Also in the Nations League, the country managed to surprise this year by qualifying at the expense of Denmark and France. It lost the first game to Austria and then drew against France, but after that Croatia won every game. Whether it has a chance to win the Nations League Final Four, however, remains to be seen.

Spain already participated in the finals of the Nations League in 2021 and then came second after losing 2-1 to France in the final. Next year, the country will make a new attempt to win this tournament. This may try after it narrowly missed Portugal in group 2 of the Nations League A. In the decisive game, Morata scored the winning goal in the 88th minute, which qualified Spain instead of Portugal. The country certainly has a chance of the final victory!

Against all odds, Italy failed to qualify for the 2022 World Cup after first winning the Euro 2020 final. The country was therefore eager for revenge, which succeeded in the Nations League. It became first in a group with Hungary, Germany and England. Italy now also wants to win the finals. That might be difficult, but the country always has a chance!